Welcome to our third guest post, kindly written and shared by Drew Schweppe. Drew (IES Abroad Vienna, Fall 2010 | Ithaca College), is the Founder and Managing Director of Informusic, the first all-in-one music history resource for smart phones and tablets. Thanks so much Drew!

A few weeks back I was catching up with a colleague of mine who is currently the Director of Bands at a public high school in the U.S. During our conversation he said something that struck us both as rather troubling – “My students don’t know much about the composers whose music they play.” 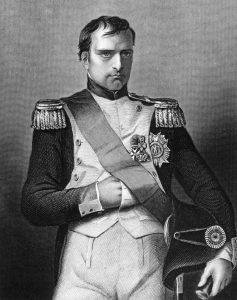 This is something that I’ve been hearing from high school music educators for quite sometime now. To take that a step further, music students most likely don’t know the historical context in which a composition was written either. Perhaps your orchestra students are learning about Napoleon in their social studies classes, but do they make the connection that Napoleon’s Europe was the environment in which Beethoven composed? Or maybe your private piano student is preparing a mazurka by Chopin—do you think your student understands what influenced Chopin to write in this style? I would predict, probably not.

You’re probably thinking music history?! I have a hard enough time getting my students to remember to bring their instrument to school! Don’t worry, I have a strategy to help you! But first, a bit more background. There comes a time in every music student’s education when understanding the historical context in which a musical composition was created is as important as learning the notes and rhythms in the score. A symphony written by Shostakovich under the reign of the Soviet regime is going to sound vastly different to a Symphony written by Haydn under the patronage of the Esterhazy. Providing your students with this knowledge can inspire them to prepare their parts with a purpose and can enhance the quality of performance for both the performer and audience. 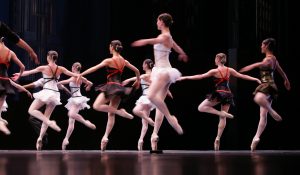 One of my favorite professors and mentors taught me to think of music history as a roadmap with landmarks and intersections. Take for example, Stravinsky’s The Rite of Spring. The ballet stretches the orchestra to its technical limits while (consciously or subconsciously) embodying the tenacious atmosphere throughout Europe on the brink of World War I. By using the start of World War I as my landmark (1914), I know that The Rite of Spring was written just before it (1913). There are numerous examples where the sentiment of a political movement can be heard in the music of its time.

Beethoven originally dedicated his Third Symphony to Napoleon in 1803 but later retracted the dedication in 1804 after Napoleon appointed himself emperor in May. The Eroica (Heroic) symphony can certainly be recognized as sounding, well, heroic, but do your students know the origins of the title and the events that caused Beethoven to write such music?

How can a political event influence an entire genre of music? Well, did you know that Chopin’s Polish style compositions were ignited in 1830? While he was on tour in Vienna, the November Uprising of 1830 occurred in the composer’s native land of Poland. Chopin found himself homesick for Poland and began writing music in a more Polish style as a result. 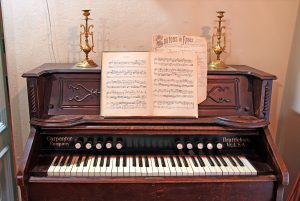 These are just a few examples to explore with your students. Here are a few questions your students can ask themselves while preparing a piece of music:

When was this composition written?

What other artistic and political events corresponded with the creation of this composition?

How will the answers to the above questions influence the way I perform this piece?